Not Walking Away from Omegaverse

This is an update to the post Copyright: The Alpha and Omega(verse,) written after I found a website (!) one of the parties had created with some additional court documents. I am not linking to the website, but you can find it very easily by searching for “Omegaverse litigation.”

For starters, putting up a website about ongoing litigation is not something I’d ordinarily advise a client to do. Anything you post publicly can (and probably will) be admissible evidence in that litigation, and could also irritate the judge for some reason (or no reason, judges are human too.) This one appears to be fairly nonincendiary, but I surely hope the party’s lawyers are aware of it and are providing at least general oversight and approval of everything posted thereon.

Copyright: The Alpha and Omega(verse) 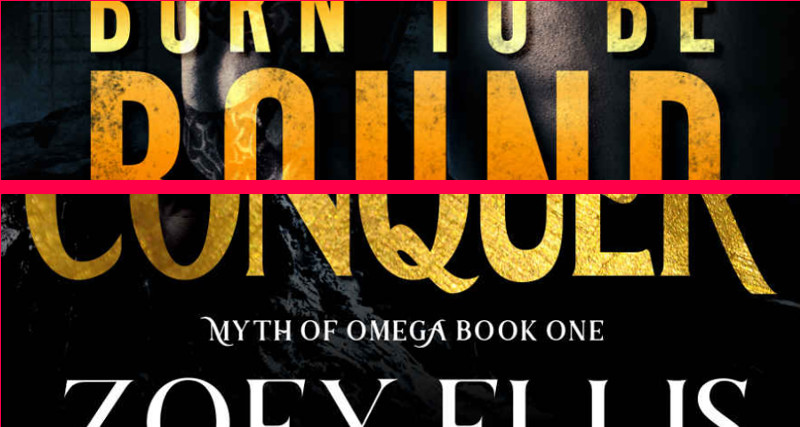 UPDATE 03/15/2019: One of the parties has created a website about the litigation, which posts additional information and some court documents I didn’t have when I wrote this post. I am adding another post as this one is already quite long. See: Not Walking Away From Omegaverse.

As sometimes happens, I was wandering the wilds of Twitter and started running across references to a legal spat between two authors. In this case, two romance authors who both write in the “Omegaverse,” an “alternate universe” or AU, which is used by a large number of writers, both commercial and amateur, as a setting for romance novels of various kinds and levels of explicitness. So be warned: both the case documents (which I’ll be discussing) and the setting and subject matter of the works will produce some very not-safe-for-work results if you search for them. Here, there be monsters. Some literal, as a common element of Omegaverse fiction is werewolves and other shapeshifters.

This spat involves DMCA notices, but as of this writing (3/14/2019,) does not involve a lawsuit for copyright infringement. Instead, the copyright part is a much less common and (to laypeople) much less well-known type of copyright lawsuit called a Declaratory Judgment action. How that works is that someone accuses someone else, not in a lawsuit but just in direct or public communication, of infringing their copyright, and the accused goes to court and files a lawsuit asking the court to rule pre-emptively that their work does not infringe the accuser’s work.

In this case, an author who goes by “Addison Cain,” published by a publisher known as Blushing Books Publishing, accused an author who goes by “Zoey Ellis,” published by Quill Ink Books Limited, both of plagiarizing, and outright infringing on the copyright of, her Omegaverse-setting romance novels. Cain allegedly set some of her fans after Ellis, including inciting them to post bad reviews for Ellis’s books. She (and/or her publisher Blushing Books) also filed Digital Millennium Copyright Act takedown notices (click here for a discussion of the DMCA) against some of the books, allegedly including one which hadn’t even been published yet. As I said in the linked post above, the DMCA is not a Weapon for Great Justice, and trying to use it as one is a Stupid Legal Trick which can backfire on you if you don’t do it appropriately.

In a nutshell what happened was this: A content producer called “Fourth Estate,” clever journalism reference et cetera, licensed some articles to a website called “Wall-Street.com.” WSC canceled the license but left the articles up on their website. Putting the articles on the website without a license is (potentially) copyright infringement, and Fourth Estate sued them.

A brief post to announce that I am no longer of counsel to Crawford Intellectual Property Law. If you were a client of the firm and I worked on your matters, please be advised that your file is with CIPL and your attorney/client relationship with them is in full force and effect. I am sure you will continue to get helpful and competent advice from Brie and Sam if you remain with the firm.

If you are a client of CIPL, please make a note not to copy me on any legal communications that you have with CIPL or otherwise communicate with me regarding them. While of course I would never voluntarily disclose them, since I am no longer associated with the firm it is possible that they would not be subject to the attorney/client privilege.

I enjoyed my time as counsel to the firm and extend my best wishes for future success to all.

No One Can Hold The Wind: Control Over Art Released Into The Public Domain

(The author of this post is a licensed and experienced intellectual property attorney, but nothing in this post should be construed as specific legal advice. Consult an attorney licensed in your jurisdiction and familiar with the relevant law before making legal decisions.)

“Public domain” is a very slippery term, legally speaking. What it usually refers to is an artistic creation that either predates modern copyright law, or for which the copyright has expired – in other words, there is no applicable legal copyright in the work. Once something is in the public domain, anyone may use it in their own artistic creations. (Though this may create a new, copyrighted work, to the extent that the new creation comprises an original artistic creation beyond the artistic elements of the integrated public domain work.)

There’s no way, under US copyright law, to “release” a copyright before it expires. (This is a conversation I’ve had with other copyright lawyers.) Since neither registration nor notice are now required to create a valid copyright, it’s literally impossible to create a new work and have it NOT be copyrighted. However, one can release an artwork and offer the public an unlimited license to use it. Technically, such an artwork is still under copyright and is not “in the public domain,” in the way lawyers use the phrase, but for practical purposes, it may be thought of as being in the public domain.

That is just a little background for the actual topic of discussion for today, which is a game developed by indie developer Jason Rohrer called “One Hour One Life.” Mr. Rorher has an unusual business model: He “releases” all of his games into the public domain, and makes money from his creations in various ways that don’t involve strict control of the copyright. You can read about his philosophy here: Free Distribution.

Mr. Rohrer makes very good games, and between selling copies of “his” version of the games, donations, and other methods, he makes his living. But of course, you wouldn’t be reading about him on a legal blog if there wasn’t a legal issue.